You are here: Home / Balance / Golf, Nerves, and Meditation

In response to a hi-stress job, I spent quite a bit of time at the range last year pounding balls in order to not only improve, but to lower my anxiety levels. And it worked, but with a price paid. After hitting many balls, my anxiety did lower, but I developed golfer’s elbow as a result. And with this painful ailment, I was forced to take a complete respite from practice or playing–a break that continues to this day. The pain is subsiding, but this condition takes quite a long time to heal, and the hardest thing for a golfing addict is to lay off his or her addiction for any significant amount of time. But as a five-year-old once reminded me: Pain hurts. Every time I’d rush to return to hitting a bucket, pain would remind that I needed to find another way to reduce my anxiety around work. I’d ruled out anti-anxiety benzodiazepines since they were addictive and could lead to terrible withdrawal symptoms. I’d ruled out leaving the job since I needed the money and benefits. And I’d ruled out living with the anxiety since, like golfer’s elbow, it was too painful to do nothing about.

So I turned to something I’d trained in for years, but had let lapse of late: mindfulness meditation. Now sports psychologist Ben Kline, who is also the Program Director for the Shivas Irons Society, an organization that was formed in the mid-90s to bring a sense of spirituality back to golf, wrote his masters thesis on this very subject.

He called his research study The Anxious Golfer’s Experience of Mindfulness Meditation. And he found that such meditation, involving focusing one’s attention on the present moment, often using one’s own breath as an object of concentration, was effective in lowering a golfer’s anxiety levels on the course during play. He completed his findings in 2008, earning his masters while attending John F. Kennedy University in Northern California. I know Ben through my membership in the Shivas Irons Society, which, by the way, I recommend for those golfers interested in going to “Inner Game of Golf” levels with their sport. The results of his study shine light on the effects of meditation on anxiety levels and one’s golf game. Here are some of those results after his subjects were trained in mindfulness meditation and tested for changes in their games and general level of anxiety:

In my own case, since golfer’s elbow prevented me from attempting full shots, I experimented with short game practice as I felt no pain from chips and short pitches around the green and with putts. My question was would I experience the same anxiety-reducing results as I did with full shots? That would help tell me what were the 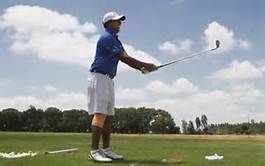 essential ingredients within golf that were the key elements, at least from my own understanding. Thankfully, the answer was yes: Short game practice did help reduce my anxiety levels at work, and concurrently, improved my short game. What was similar to long game practice was the level of concentration, i.e. quality of meditation, I applied to that practice. As with the long game, I took time with each shot, focusing on a single dimple at the back of the ball, building my confidence as I experienced more solid contact and distance control day after day.

What this research on myself showed me was that improvement in playing was synonymous with the healing golf offered both on and off the course. For me, this was a profound revelation. Even just practicing on the putting green, using the same mindfulness meditation techniques, replenished my psyche, bringing deep relaxation.

It was the experience of being in the present, in the Now, an outcome Ben Kline had found with his subjects, that was one of the key elements derived from playing golf. Being present, is an integral part of playing golf. There are so many variables requiring your attention, you must remain present if you are to solve the puzzles of the sport. If you space out, you’re bound to screw up somewhere over the span of five hours or so. The game punishes 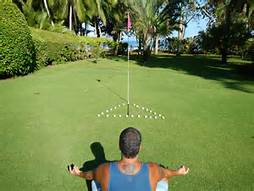 inattention and faulty decisions. It’s a matter of basic behavioral psychology. Do what the conditions and your learned skills require, and you will most often be rewarded. Take unwarranted risks, blared from the mouth of your ego, and you will more than likely be punished.

So it’s not so much the content of your practice, it’s the quality of the concentration of your practice. That will not only make you a calmer, more patient person, it will make you a better, happier golfer. This is the genius of golf: Without even attempting to do so, it improves us as human beings. If approached with awareness and mindfulness, it helps us attain our ultimate purpose: to enjoy every moment, which, by the way, were my mother’s dying words to my wife and I.

And what’s been your experience with anxiety, stress, pain, and golf? 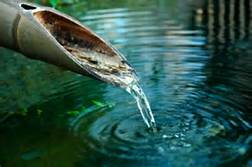 I mentioned The Shivas Irons Society in this piece. They are looking to recharge their membership, and for 100 bucks a year they’ll include four issues of their very handsome journal, to keep for yourself or to give as a gift, filled with impressive writing and art about the game. Just go to SIS to find them on the web.

For further information, Ben Kline can be contacted at [email protected] 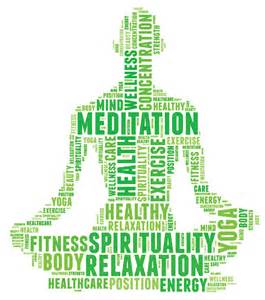